Your daily snapshot from the Messari screener.

Its that time of year. Skeletons, ghouls, and goblinss, Well, we don’t spook that easily. Instead of gourds lets look at growth. The largest projects by market cap haven’t been rising from the grave lately but year to date they have been “booving” the decimal towards 100% returns.

Its only October so maybe this hocus pocus doesn’t matter. After all, we don’t care about the pump-king, but instead best in class fundamental data, screening, filters, and more.

Messari ⋅ a day ago

A few weeks ago, the Crypto Ratings Council (CRC) announced a new ratings system between 1-5, with 5 signalling strong likelihood of being a security. Since the ratings were released, it appears the market has demonstrated either an indifference towards the asset's regulatory classification or the ratings system itself. 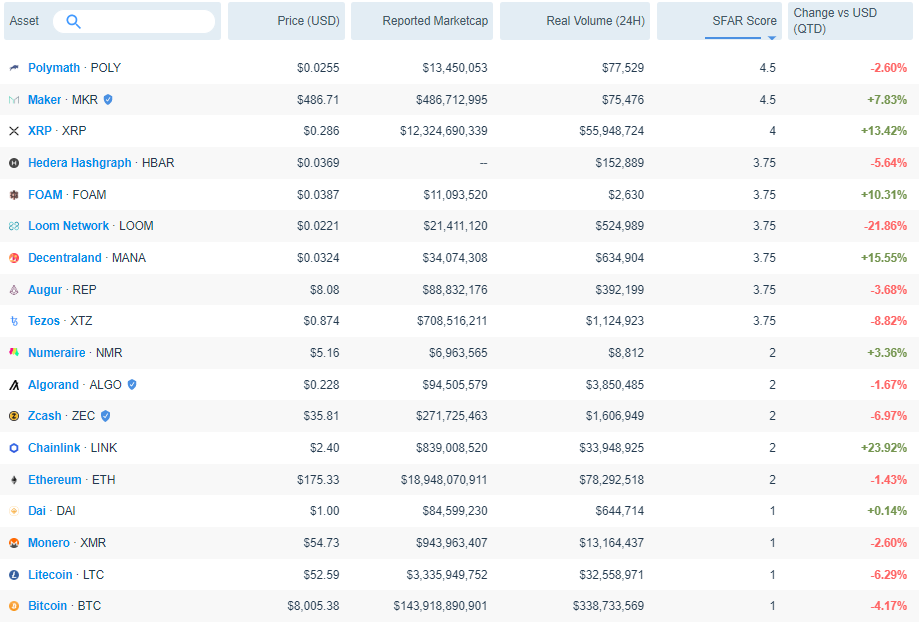